One of Jimi’s great passions are parks, gardens, public and green spaces, as a landscape architect he is. And one of my main passions are the installations in these spaces, especially if they are parks and the installations are for playing, and not only for kids. One day when I was browsing in the bookshop La Central, in el Raval in Barcelona, I came across a marvellous book (http://oceano.com.mx/ficha-libro.aspx?id=3517) which focused on a handful of the best examples of children’s parks, which are fortunately much more than that. And there, among other fantastic projects, was Takino Suzuran (http://www.takinopark.com.e.bn.hp.transer.com/).

This park stole my heart, and visiting it in person was quickly added to my bucket list. If, in addition, I could also meet its creators, Takano Landscape Planning (http://www.tlp.co.jp/en/), then I could happily go to my jacuzzi in the sky forever.

It turned out that a couple of years after making this mental list, both of these opportunities presented themselves in such a way that Jimi and I (we barely knew each other at that point) got the chance to go and collaborate with their team, him for 6 months and me for 3.

It was an incredibly intense and unforgettable experience, for many reasons. Takano-san and Kanekiyo-san had converted a disused school surrounded by fields into their base of operations. They had also set up an old house in true Japanese style for people like us to come and stay near the office, given that there is nothing for kilometres around. We’re talking about rural Hokkaido, a place where some kids had never seen a gaijin (a word which means ‘foreigner’ and isn’t 100% friendly, but which was never used in a derogatory way towards us, but rather the opposite) and the little ones stared in amazement at Jimi with his red beard and his red hair (not so much at me). Maybe now, ten years later, the situation will have changed a little, but not much I hope. ?

In this part of the island we had the good fortune to see and participate in the execution of the Tokachi Millenium Forest, for example. Some time later we moved to the company’s other base in Sapporo. There we had more autonomy, as we were in a major city. We collaborated on a very interesting project: the design and construction of various green spaces for the Miyanooka Forest Kindergarten, among other small things. Warm greetings and thanks to the director, Miura-san, a fascinating character.

Once we finished our work phase, we decided to visit a bit of Japan in the time we had left, so our first objective was Takino Suzuran Hillside Government Park, of course. We had a magical day there, which flew by. We felt like kids again, or more precisely, we let our inner children out to play, and they had a great time climbing up and down, sliding, discovering, hiding, jumping and running.

From here in Barcelona, once again, a thousand thanks to the team at Takano L.P. for creating such a wonder, and thanks to the textile artist Toshiko Hourichi-MacAdam as well for collaborating on the project with this explosion of coloured and shaped nets. 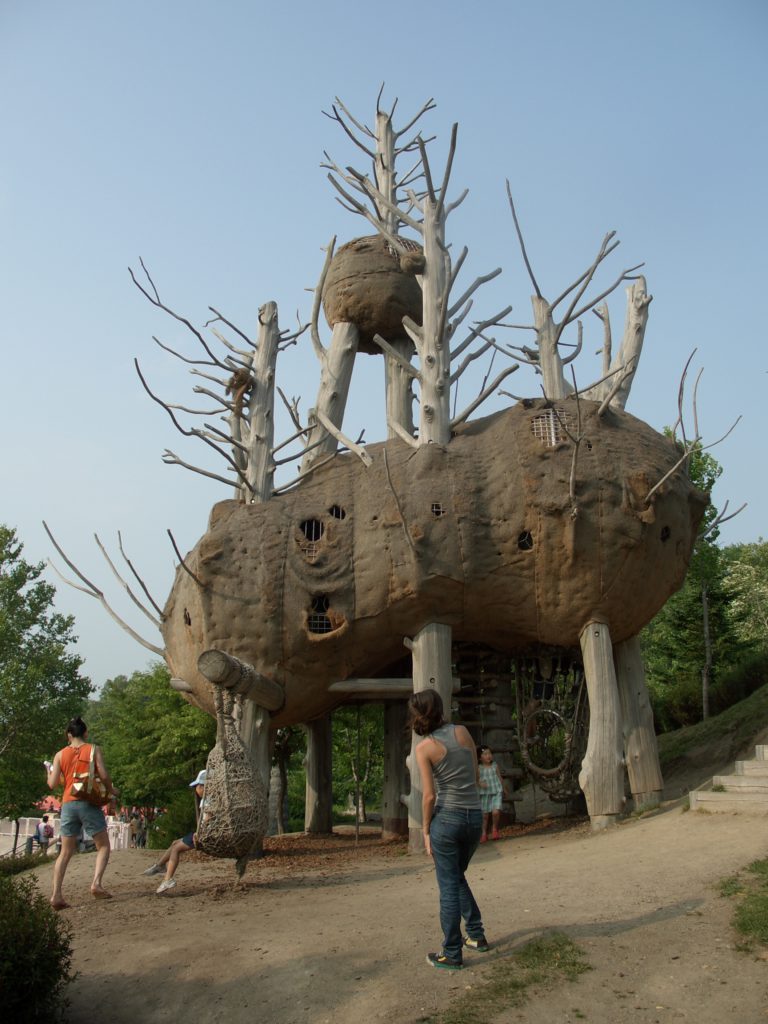 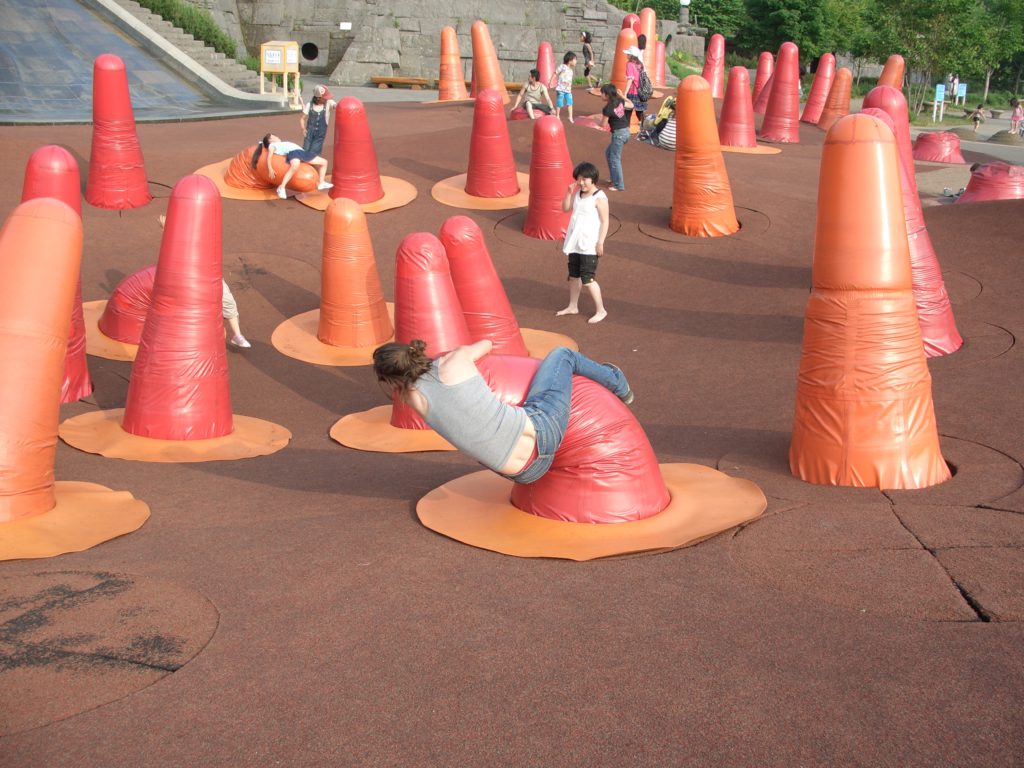 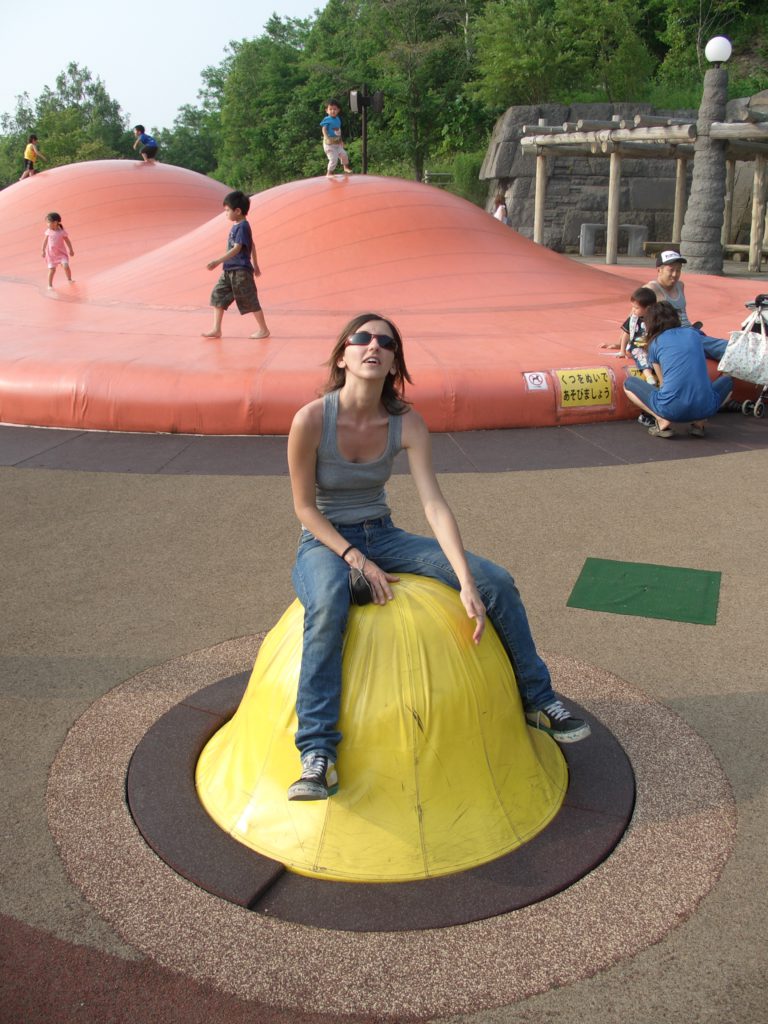 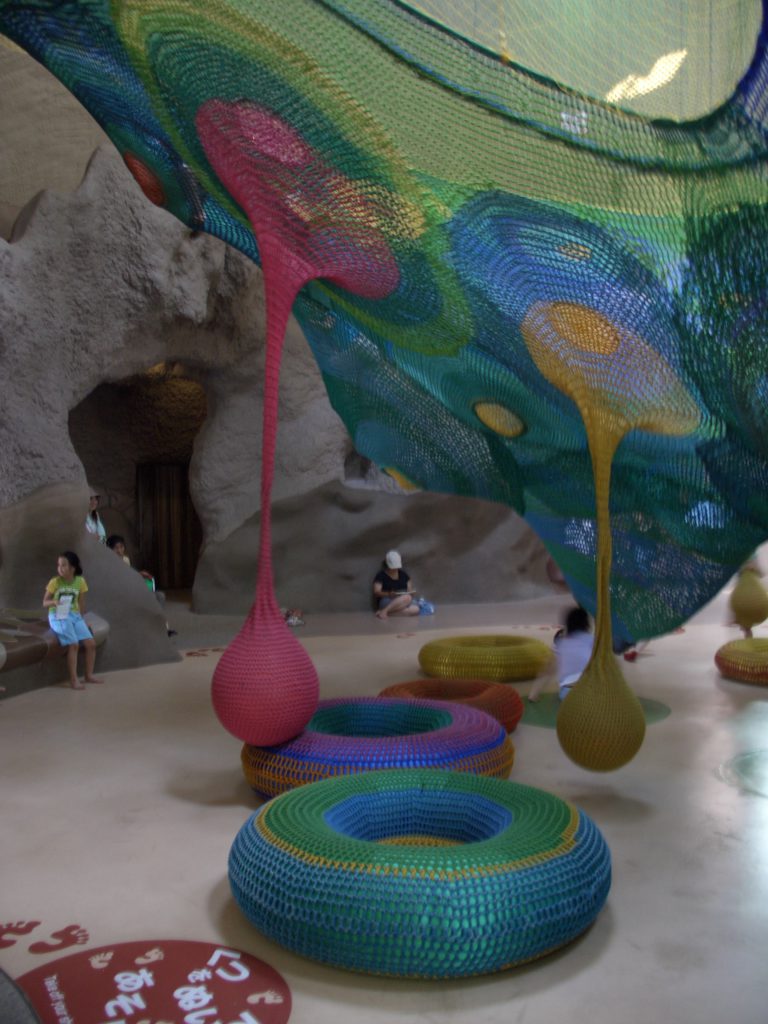 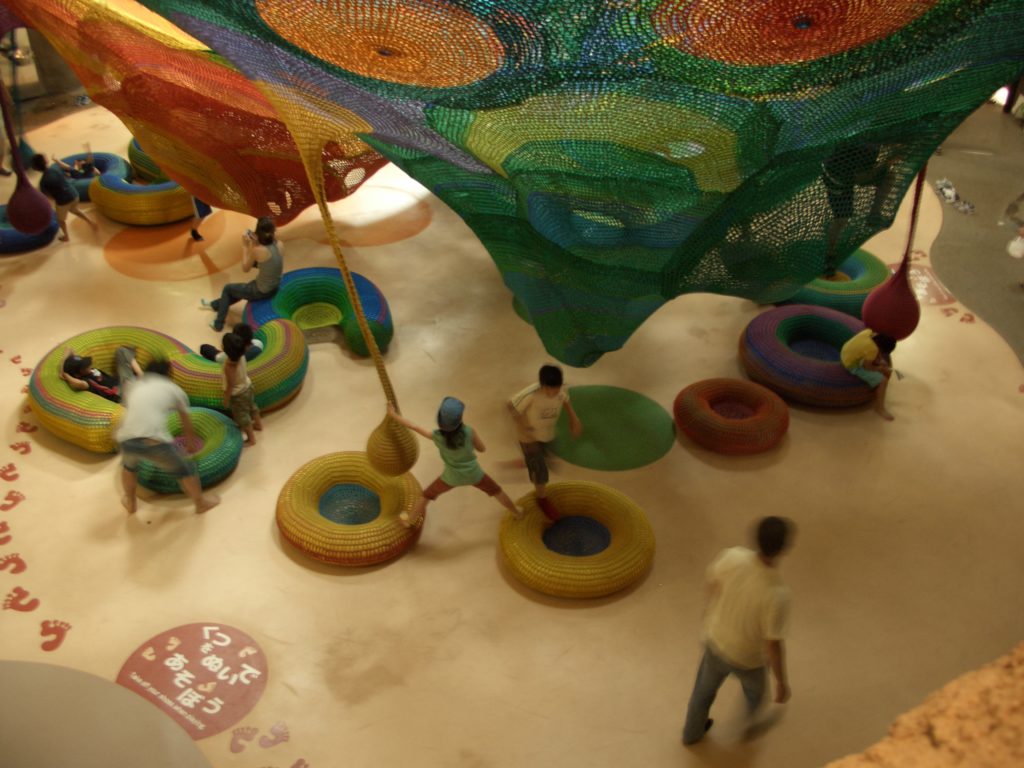 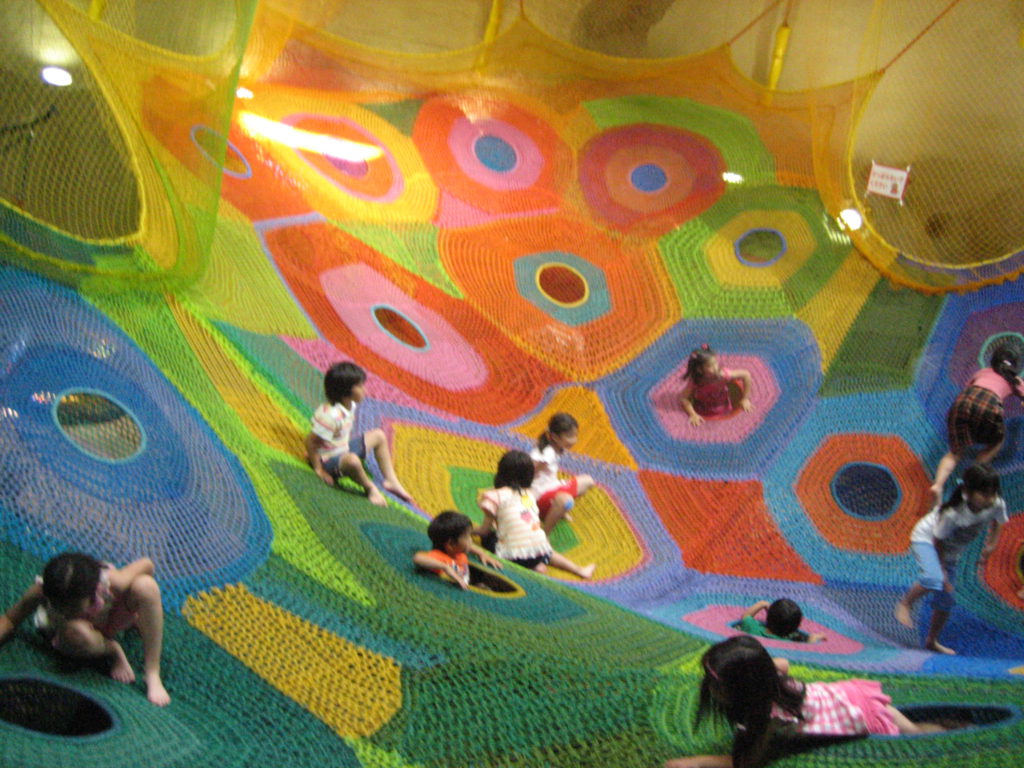 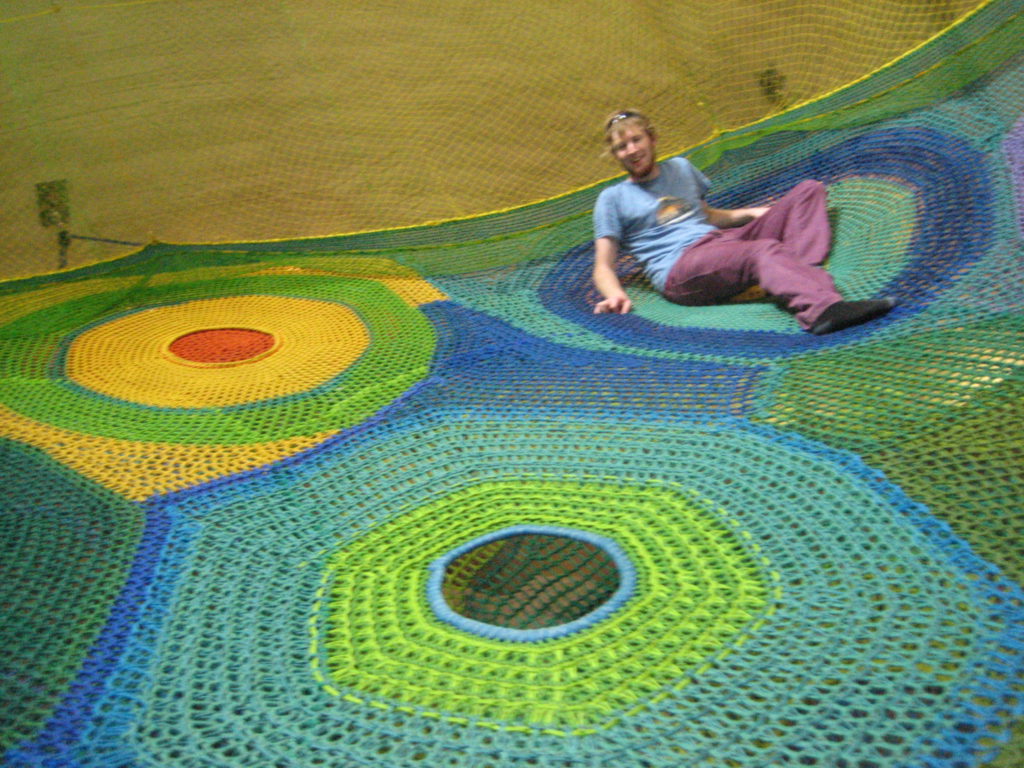